Guest Post: The Mooncake Festival or Mid-Autumn Festival in Malaysia 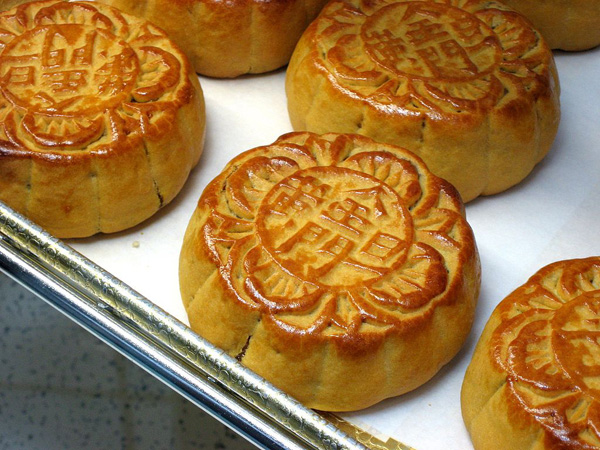 The Mooncake Festival or Mid-Autumn Festival in Malaysia

The Mooncake Festival in Kuala Lumpur is held in September, the eighth month of the year. Now before you think I’ve been eating too much mooncake or drinking too much moonshine, let me tell you why.

It’s simple. The Chinese New Year begins in February so September is not actually the ninth month on the Malaysian timetable. But whatever your calendar is, it’s a dazzling spectacle, especially at night when the city lights are complemented by the colourful paper lanterns of all shapes, sizes and colours displayed outside homes and shops or in street parades. 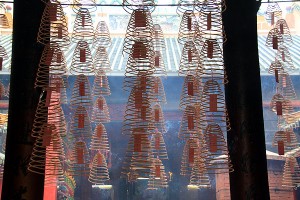 The festival is celebrated to signify the end of the harvesting season but it also celebrates the overthrow of the Mongol warlords in ancient China. Here we’ll have to take back in time to 1280 AD to explain. This is when the Mongols overthrew the Soong dynasty in China and imposed the Yuan dynasty in China.

Why is this important in Malaysia you may well ask? Well there are a lot of Chinese in Malaysia and until quite recently they were the largest ethnic group. Even though they aren’t any more, that honour belongs to the Malays themselves, Chinese festivals are celebrated with gusto. In fact in multi-ethnic Malaysia festivals of all traditions are celebrated including those of Hindu, Buddhist, Taoist and Christian origins.

Today lanterns form a big part of the celebration, as they are to remind the people of the time they used lanterns as their only source of light. Kids in particular love this aspect of the festival and are often seen roaming around with lanterns in the shape of animals. In Malaysia this particular event is often called the Lantern Parade. There are also lantern parades during the Chinese New Year celebrations, so if you see any such parade advertised just consider what time of year it is. If it’s around February it’s Chinese New Year, if not it could well be part of the Mooncake or Mid-Autumn Festival.

One of the best displays of Mooncake Festival lanterns is the Thean Hou Temple on Robson Hill. In 2011 a lantern parade was held at Central Market in Chinatown.

The best bit about the festival is of course what you get to eat. The round mooncakes are sweet or savoury and often given by younger Chinese to their seniors as an attempt to gain favour. Eating mooncakes in the market place is a delight; biting through crunchy pastry into red beans, ham or creamy egg yolk. Some are also sweet with chocolate and cinnamon flavours. Others have a distinctly Malaysian twist with pandan leaves and durian inside – eek some of you will no doubt say!

The best place to eat them in Kuala Lumpar is Jalan Petaling in Chinatown where eateries display them in brightly coloured boxes.

While you may not be surprised that mooncakes are round, their shape represents the unity of the family to the Chinese. So in Malaysia the Chinese celebrate the festival with family gatherings and prayers.

There’s some tradition to this. In Chinese Halika and Foochow families the oldest women lead the prayers at the moment when the full moon appears. Before you eat a mooncake they are first offered on altars to deities with the customary lighting of joss sticks, red candles and the burning of golden joss paper. Thirty minutes later the eating begins.

Another Chinese festival that is very popular around Malaysia is the Festival of the Hungry Ghost.

If you miss the Mooncake Festival this year, Malaysia has a wealth of public holidays and special holidays. There are 44 public holidays each year largely based on the Muslim calendar or the Hindu and Chinese calendars.