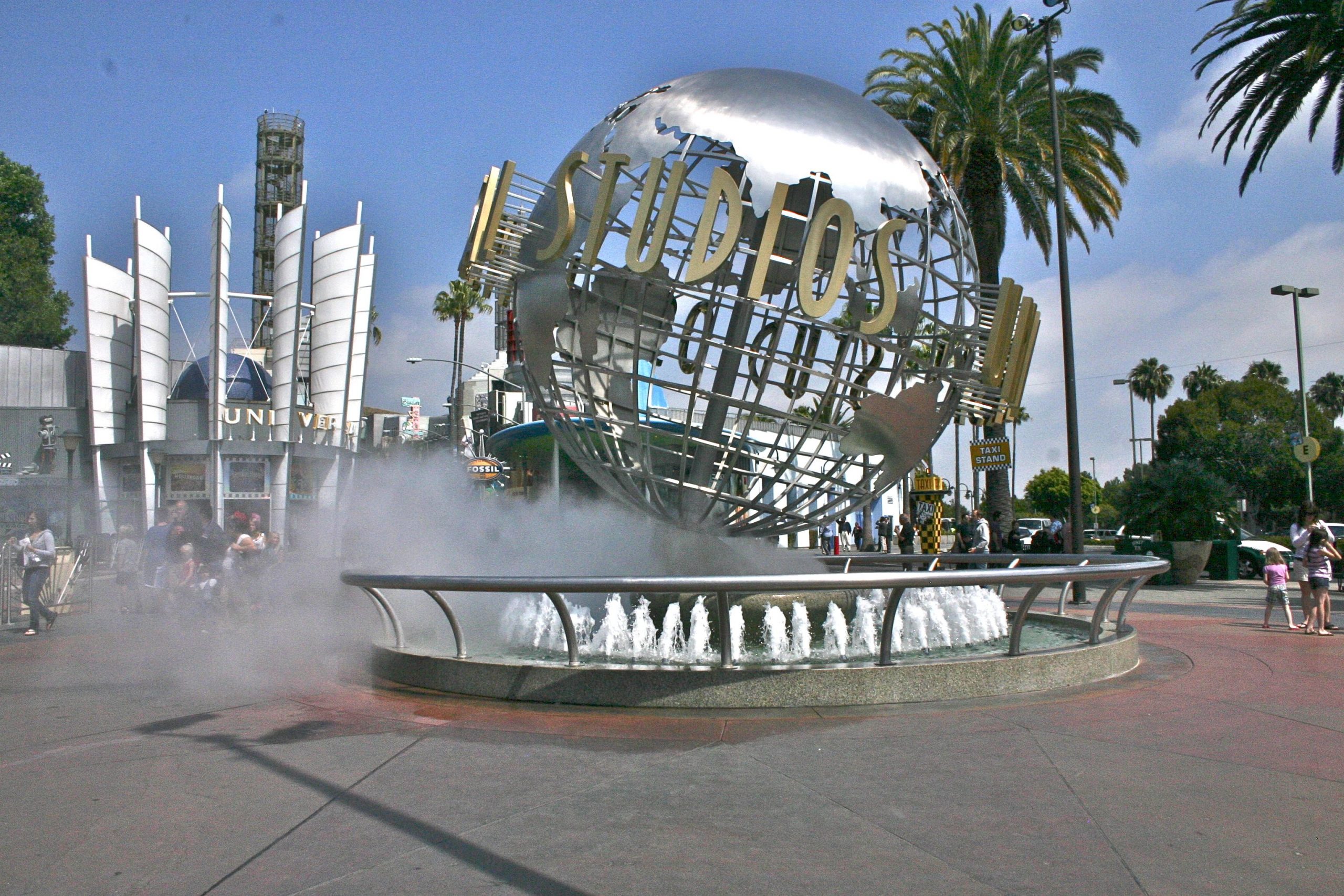 After my day at Disneyland, I must say I was a little disappointed with Universal Studios LA.

The Universal Studio tour was interesting, being carted through different sets and shown some cool effects. But some of the tour itself was a bit cheesy. It is Hollywood!! 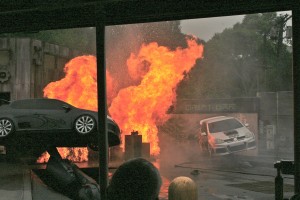 I think the best part was just seeing remnants of movie sets and seeing how they do it, a behind-the-scenes look in real life. 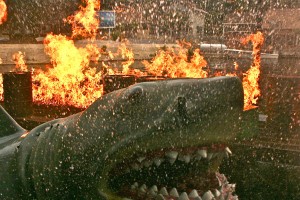 After the Universal Studio tour, which is recommended to be your starting point. It is indeed interesting and after I finished my tour in the morning, the queues were significantly longer. So go early!

There are a few interesting rides at Universal Studios LA. Jurassic Park was invigorating, the final plunge was definitely more adrenalin pumping than Disneyland rides, but I think that was the only pro. Seeing the T-rex come at you was cool, but you knew it was fake as was the other dinosaurs popping out.

The Mummy ride was pretty scary. Some good effects in there and the awesome part was when it stops and reverses!! I got the biggest scare from a man on stilts, standing as still as a statue, posing as an Osiris statue that lunged at me as I walked past!

Best ride was definitely the Simpsons simulated roller-coaster ride. There was entertainment throughout the queue (about 25 minutes) via the screens placed above the queue line. The cars that you sat in were also very cool and the animation for the ride itself was impressive. The best part was that you really could imagine what it is like to live in Springfield or be so close to the Simpsons as it was all life-size. 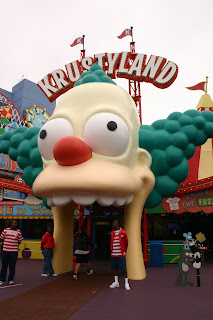 The special-effects show was more about entertainment and crowd participation rather than interesting behind the scenes look at how they do special effects.

The acclaimed Waterworld show had some great special effects of aerial props and pyrotechnics. But alas, it is a little disappointing.

The Blues Brothers show was 2 guys dressed up as the brothers and singing the songs from the movie, with some co-stars. The police car parked in front of the stage area was cool and worth snapping a photo of, otherwise the show is worth missing.

Shrek 4D show had an interesting introduction, which if you had not seen the movie would fill in the gaps for you. The show itself was good, but not amazing.

It was great to see so much of the movies in real life sets. But activities wise, there’s a lot more going on in Disneyland LA. Not a bad day if you like the movies and in particular the movies made at Universal Studios in LA! Some movies they mentioned I’d no idea about.

I was given the tip that eating outside in the Citywalk area was cheaper than inside, so that’s what I did. Hot dogs were a good portion and filling for a reasonable $9 including drink and fries (hot chips). You can get a stamp out so you can re-enter afterwards, just make sure you ask for it.