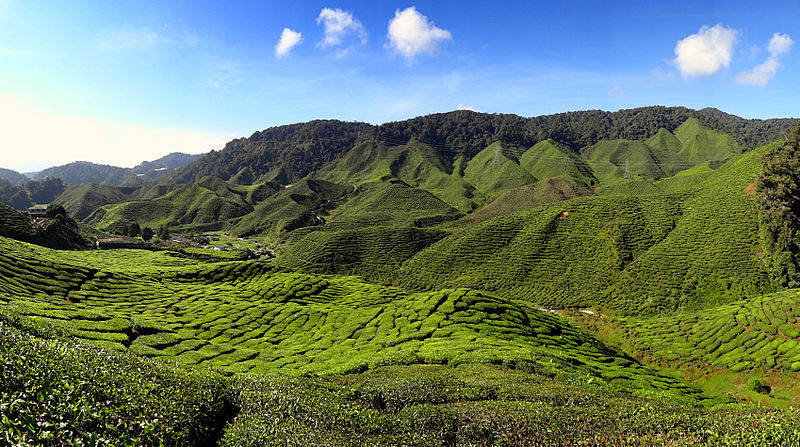 Trace the legacy of British colonialism through Southeast Asia, and you’ll notice a trend of hilltop retreats accompanying lowland cities and outposts. It’s a trend that tourists in Malaysia are still capitalizing on today.

Imagine all these British officers, administrators and planners sweltering away in the lowlands, and it’s easy to imagine the need for a mountain escape. Today’s tourists may have traded the waistcoats and breeches for cooler, more comfortable clothing, but there’s still something to be said for gaining some elevation and beating the heat.

Furthermore, spend a few days exploring a hectic metropolis like Kuala Lumpur, and you’re likely to find yourself in need of a vacation from your vacation. Enter the perfect opportunity for a highland escape…

Every hill station in Malaysia has its own character, and some are more developed than others. Outside of the highly developed Genting Highlands (where resort casinos set the tone), the experience is framed by nature walks and leisurely afternoons sipping tea.

These are four of the most popular hill station retreats on Peninsula Malaysia.

This is the quintessential Malaysian hill station. Named for the British surveyor who mapped out the area in 1885, the Cameron Highlands make for a cool and fertile retreat from city life. The hills here are draped with tea plantations, strawberry fields and rose gardens. And walking paths track through the jungle, stopping by waterfalls, temples and farms along the way. 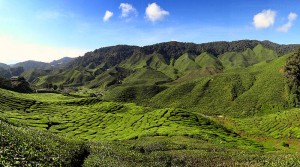 What began as a colonial outpost along the road connecting KL and Ipoh has succumbed to heavy tourist investment in recent years. As a result, the more charming and rustic inns and bed and breakfasts are now in competition with boutique hotels and mountain resorts. That being said, there is still an authentic experience to be had here.

The Cameron Highlands are cloaked in more than lush jungles and tea plantations. An air of mystery hangs on here as well. Jim Thompson, an American businessman famous for revitalizing the Thai silk industry, came to the Cameron Highlands in the late 1960s. One day, he set off from his bungalow on a leisurely walk through the forest and never returned. Search parties were launched and the forests combed but nothing ever turned up. Dare we mention that the Thai silk magnate was an agent for an early incarnation of the CIA? Conspiracy theories abound…

If the rustic charm of the Cameron Highlands doesn’t cut it for you, the resorts and theme parks of the Genting Highlands may be more your speed. This self-proclaimed ‘City of Entertainment’ boasts around 10,000 rooms, dozens of rides and hundreds of shops and restaurants.

But let’s face it. If you’re Genting-bound, it’s probably not the theme-park-style rides or slightly cooler weather that brought you here. Genting’s real claim to fame is the gambling scene. This is the only place in Malaysia where you can take a turn of the roulette wheel or play the slots. If you really want to confound yourself, try learning the rules for a Chinese game like pai gow or tai sai. These are major hits with locals.

Detractors of the Genting Highlands can’t talk about this hill resort without using the words ‘kitsch’ or ‘tacky’. But let’s face it, no one comes to Genting for colonial charm, fresh air or mountain vistas. Expect a weekend of mindless entertainment away from KL and that’s exactly what you’ll get. It’s worth it if you’re in the right mood.

So a Scotsman named Louis James Fraser set out in search of gold in Australia in the late 19th century. That was a bust, so he moved to Malaysia and ended up striking tin on the hillside that now bears his name. The tin ran out in 1913, but the infrastructure had already been laid for what would become one of Malaysia’s most charming hill retreats.

Bukit Fraser (or Fraser’s Hill) tops out at 1,500 meters, so you can expect pleasantly cool evenings and plenty of fresh air. Hiking and bird watching are two major pastimes. And what would a mountain resort founded by a Scotsman be without a golf course? In this case, it’s a compact, nine-hole affair. 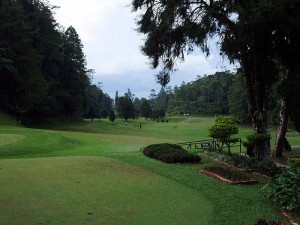 Originally known as Maxwell Hill, this is the oldest hill station in Malaysia. It’s also one of the least developed, with visitors staying in bungalows arranged around English gardens. The government has kept the developers at bay, and private cars are forbidden. Charter a Land Rover from Taiping, or if you’re feeling especially intrepid, you can hike to the top in about four hours.

This article is written by Derek Kirk, published on Travel Wire Asia. The full article can be found here: