Sydney Out and About, Travel Reviews 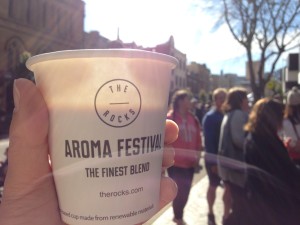 The set up has changed with no live music stages. I suspect this is to reduce congestion of traffic building up in those areas as well as a cost-cutting measure.

The Hot Potato Band were out in full force and a great festival/party starter. The quieter jazz quartet Cope St Parade was ill-suited to being a roving band. Nevertheless it was an easy festival to walk around. The main cafe hubs/stalls being on the waterfront. Some with longer queues than others. 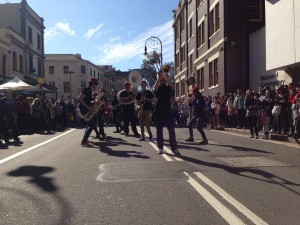 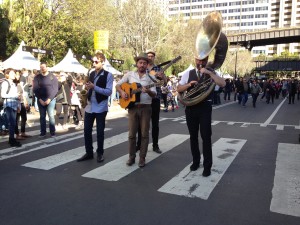 Surprisingly short queue for The Little Marionette, cafe based in Annandale. They were a fun bunch and Travel Bunny was quite happy with a $2 flat white and a kiss blown from the Barista while soulful tunes were being pumped out. 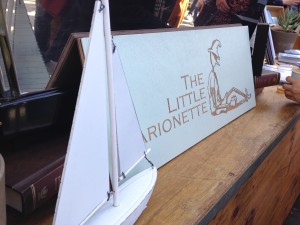 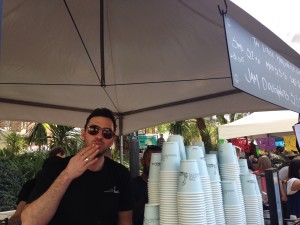 With a few food stalls, the usual suspects were out in force: Agape (Organic) and Cantina Movil (Mexican) would be Travel Bunny’s picks of reasonably priced decent food. 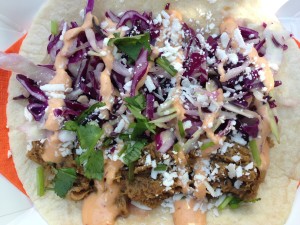 The tea stalls and other sweet stalls seemed to do well, particularly one with Italian Cannoli with a very long line. At $5 a piece I hope they were all tourists!

There were plenty of recycling bins and the Aroma Festival cup was a bio cup that said it was recyclable and made from post-consumer waste. Good to see the festivals being more sustainable.